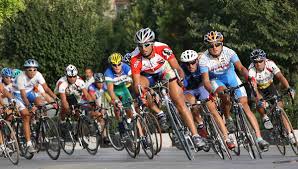 As I sat finishing a cup of black tea in a small café in downtown San Jose, the owner walked in and switched on a small television behind the counter. I noticed fairly quickly that he was watching the start of a bike race and I, a cyclist and avid bike race fan, was immediately intrigued. The television coverage appeared to be live and the images of buildings and streets in the background looked familiar. I approached the owner and spoke my slow, painful Spanish as he stood patiently trying to understand. I quickly learned that indeed, a professional bike race was leaving San Jose at that very moment, just a couple of kilometers away. I thanked the owner as he pointed me in the direction and I handed him the few hundred colones for the tea.

I was in Costa Rica to volunteer. Of the eight planned days, only one was designated to be an actual vacation day, the remaining time was to be spent in an orphanage and in the poorest slums helping to spread some joy and good will. Staying with a host family, I awakened early with them each morning – I had not just stepped outside of my comfort zone – I was literally living outside of it for the week.  I took comfort and refuge each morning by stopping and enjoying a cup of hot, black tea.

My morning tea ritual helped prepare me for the poverty that would envelope me, the children who had “zero chance” of being adopted, and for the little girls who would reach out and hang onto me, repeating “ojos azules” (blue eyes) – for some, their first experience seeing someone with blue eyes. As I had a couple of hours to spare that morning the enthusiastic cycling fan within me became alive and jumpy…cherubic almost…wanting to see, wanting to watch, to perhaps catch a glimpse of professional cyclists in the big peloton – wearing the colorful kits, their shiny bikes, with their muscular yet almost emaciated, bodies.

I scurried out of the café and headed toward the start only to realize that the peloton had departed along with their team cars. I caught glimpses of the taillights of the team busses as they pulled away, heading 100 kilometers away and had missed the opportunity to see them. Even watching the team busses pull away was exciting and I was grateful to have been close to the disappearing bike race.

I didn’t think too much more about the 7-day race that week. I was told the peloton would not be close again as they raced all over Costa Rica and I accepted that, indeed, it had disappeared.

I spent the week volunteering – coloring with kids, painting the tiny fingernails of little girls who relished the attention, wanting every nail a different shade.  We painted a mural in a drug-ridden community and I taught a 7-year old girl how to catch a ball – destined to live out her youth in the orphanage.

The week of volunteering went quickly and we had designated our final day as one to be tourists.  We decided to take a tour to see area volcanoes, one actively spewing ash, and the others decades old.

And so it was, early that morning, our van driver pulled up right on “tico time”, which in Costa Rica typically means 30-45 minutes late (which is on time). As we took our seats the guide began to talk about the “special day”. It turns out the disappearing bike race was about to reappear! The peloton would be racing through the very area we were touring, up the hills, and down the canyons. We weren’t there to be cycling fans, we were there to see volcanoes. As excited as I was about the possibility of seeing the race, it was a bit of an obstacle for our tour guide. As we sped through villages and along differing routes to stay ahead of the race, roads literally closed behind us, making way for the approaching cyclists. All the while, the enthusiastic cycling fan within me kept one eye ahead on the breath-taking vistas and one eye behind, hoping to catch a glimpse of a breakaway cyclist. Our guide did a great job. We saw the spewing, active volcano, we walked along the craters, and we dipped our hands into water at the bottom. We carved our initials in the ash and spent time walking the rim of the volcano. We saw vistas and tree’s blooming with mistletoe, leaves the size of car doors, and acres and acres of vegetables and fruit growing along the steep hillsides.

As our van sped away from the volcano, trying to get off the mountain before the roadblocks closed us in, we began to see the emerging fans, local people wearing polka dot jerseys to honor the king of the mountains rider, and every other nuance that only a cycling fan would understand. Inside the van I sensed the excitement on the sides of the road, I understood the feeling of anticipation of seeing the first cars drive through to be followed by the riders. Oh how I wanted to push pause on our van ride, have it pull over so we could join in the revelry on the roadsides. And I laughed to myself knowing that what I saw as an exciting adventure, most everyone in the van saw as an obstacle to their tourist day. As we came to a T in the road, I looked left as our van turned right, and there they came….the initial lead cars with the flashing lights on top and I knew the peloton was closely behind. As the crowds of fans grew smaller behind us, I smiled knowing that once again, I had encountered the disappearing bike race.

The week spent volunteering was meant for the children, it was not a week designated for me to indulge my whims and wants. I am fortunate to live a life where my needs are met, and most of my wants. I had just spent a week with children who have neither. Missing an opportunity to see a bike race helped remind me of how fortunate I am. Less than 24 hours before, I had been sitting in a corrugated metal “house” trying to see well enough to color as I sat beside young children who live with no windows while older kids openly used drugs just steps away from us.

For me, the disappearing bike race was a great lesson. I knew I was fortunate enough to be somewhere for it to have appeared in the first place and I also know that it was a reminder to keep things in perspective. I look forward to seeing more bike races in my future and I also look forward to experiencing the ones that disappear.